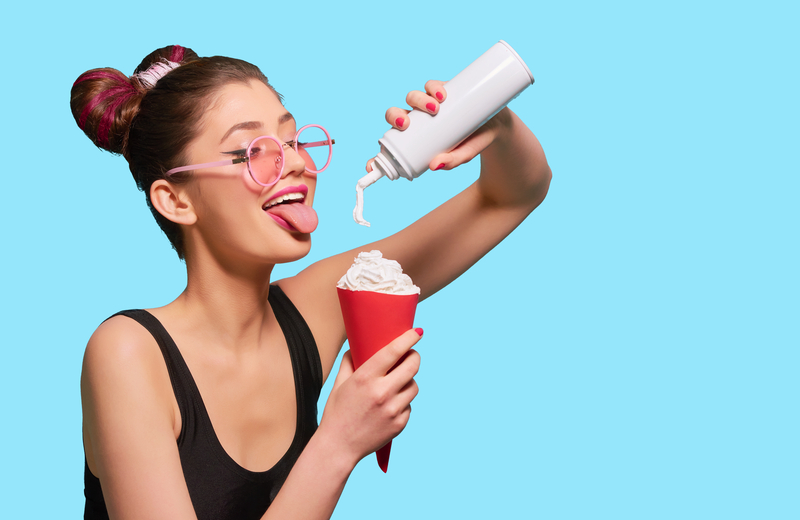 Teenagers have historically been known to be rebellious. Amongst other things, in the teen years hormones begin to change and then slowly stabilize, the brain is still developing as is the body and in the process of growing and maturing there is a lot of learning about oneself and the world. Sometimes the teens learn to cope with creative outlets and somethings they find creative ways to get high. For example, last year New York state passed a law such that if you are under the age of 21 you can no longer purchase regular cans of "spray" whipped cream. Why? The teens and their whippits. If you’re not familiar with what “whippit” means, it’s when spray cans of whipped cream are used specifically for inhalation of nitrous oxide. That's right, teens are back to using and abusing whipped cream as an inhalant. What is an inhalant? Exactly what it sounds like- an inhalant is a substance that can be inhaled (usually something that is inhaled “only” for the effects). An inhalant is typically either a solvent (think something with vapors with a strong smell like ammonia), spray, gas, or nitrite. Inhalants are used in a variety of products that are not necessarily meant to be inhaled such as cleaning products, glues, and markers. Many of these products are not intended for use as an inhalant and have alternate uses, but when there is a will there's a way to misuse just about anything. The draw to using an inhalant is that many of the products are over the counter, relatively cheap, and do not require any sort of ID to purchase in most cases. In addition, the short-term effect of inhalant use is similar to drinking alcohol. What is the big deal about the use of inhalants? The long-term effects and who is using them are the primary issues with inhalant use. According to the National Institute on Drug Abuse (NIDA), inhalants are mostly used by young kids (ie: huffing paint) and teens. Inhalants are the only class of substance used more by younger than by older teens. The long-term effects can include but are not limited to addiction, kidney and liver damage, bone marrow damage, brain damage, nerve damage, and hearing loss. So, what’s the big deal about inhaling nitrous oxide in the whipped cream spray can? Long term exposure to nitrous oxide can cause any of the previously mentioned long term side effects. Sure, it’s ok to use for dental procedures (nitrous oxide is the “laughing gas” you get at the dentist) but generally people do not get exposed to nitrous oxide for extended periods of time outside of medical procedures. It is similar to long vs short term low radiation exposure. Sure, you would be ok walking past something with low radioactivity once, but if it were something you passed every day for a few years you may start to see cellular damage. Similarly, nitrous oxide is safe in monitored small doses, but larger doses or longer exposure over time can cause irreversible damage. The state of New York’s government became alerted to the increase in nitrous oxide use in teens not because of ER visits for overdose calls but because of complaints of empty whipped cream canisters littering the streets and has since enacted a law to help curb the issue.