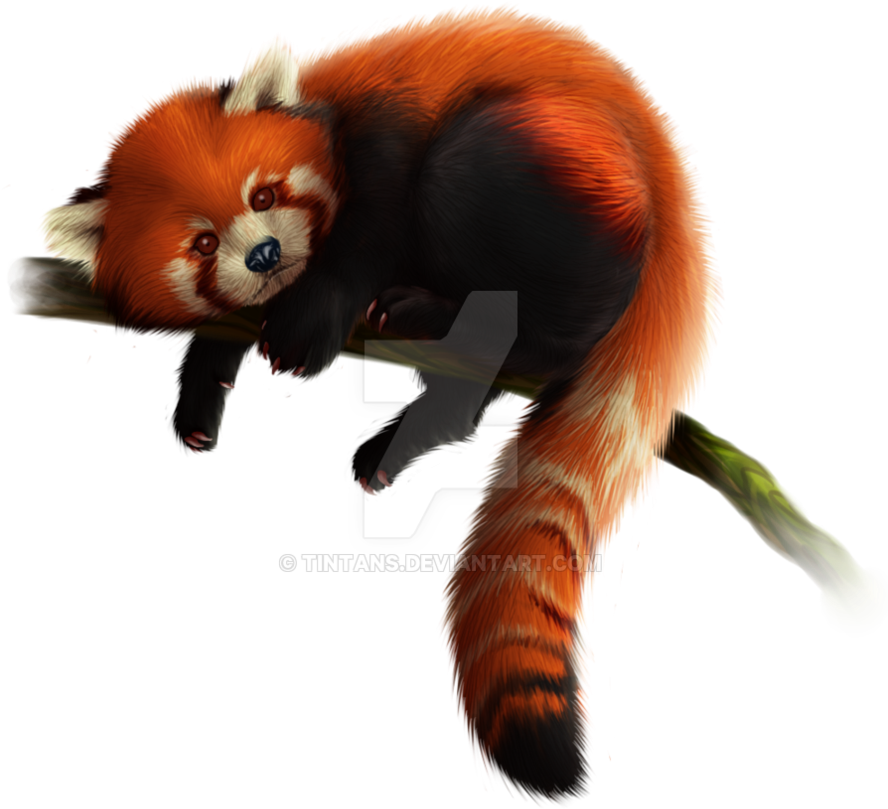 A red panda that spent two days on the lam after escaping from an Australian zoo was recaptured Sunday after he was spotted hanging out in a fig tree in a nearby park.

Named Ravi, the 7-year-old panda had arrived at Adelaide Zoo last week after he was brought in from another zoo with hopes that he would pair up with a female red panda named Mishry. But by Friday, Ravi was gone.

Adelaide Zoo Director Phil Ainsley told the Australian Broadcasting Corp. that zookeepers spent Sunday trying to entice Ravi down from the fig tree with some of his favorite foods, including bamboo and sweet corn, to no avail.

In the end they fired a tranquilizer dart.

“We used a couple of different dart devices, finally got a dart into him and then just had to wait about 15 minutes just for the drug to take some effect,” Ainsley said.

Ravi then fell into the blankets of zookeepers who were waiting beneath the tree.

“Ravi’s doing really well,” Ainsley told the broadcaster. “Settling down into animal health hospital, where he’s just going to spend the next two or three days after being on the run. Just want to make sure he’s all healthy and recovered from his adventure.”

Ainsley said they discovered Ravi had escaped his enclosure Friday morning and initially focused their attention within the zoo, figuring he’d be up one of the large trees there. It wasn’t until Sunday morning that a zookeeper spotted him in the fig tree in the nearby botanic park.

Ainsley told the broadcaster they’d be reviewing the zoo’s CCTV footage to figure out how Ravi escaped.

“Obviously he’d just arrived and was testing his enclosure,” Ainsley said. “We know that red pandas are incredibly agile, and renowned for being escapologists.”