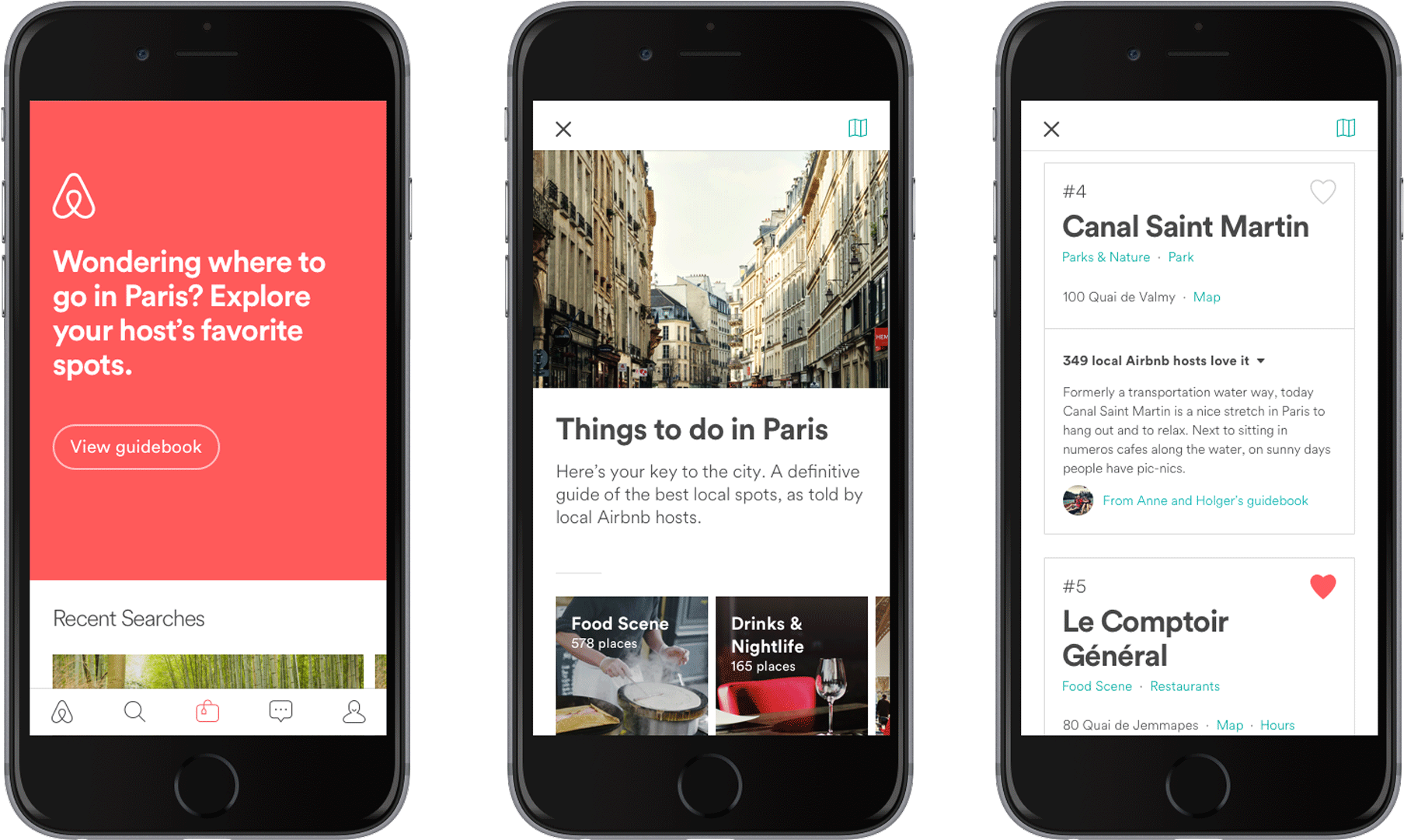 In the Colorado ski town of Steamboat Springs, motels line the freeway, once filled with tourists eager to pitch down the slopes or bathe in the local hot springs.

Now residents like Marc McDonald, who keep the town humming by working service-level jobs, live in the converted motels. They cram into rooms, some with small refrigerators and 6-foot-wide kitchens, or even just microwave kitchenettes. Others live in mobile homes.

Steamboat Springs is part of a wave of vacation towns across the country facing a housing crisis and grappling with how to regulate the industry they point to as a culprit: Short-term rentals such as those booked through Airbnb and Vrbo that have squeezed small towns’ limited housing supply and sent rents skyrocketing for full-time residents.

“It’s basically like living in a stationary RV,” said the 42-year-old McDonald, who lives with his wife in a just over 500-square-foot converted motel room for $2,100-a-month, the cheapest place they could find.

McDonald, who works maintenance at a local golf course and bartends at night, and his wife, who’s in treatment for thyroid cancer and hepatitis E, said they will be priced out when rent and utilities jump to about $2,800 in November.

“My fear is losing everything,” he said, “My wife being sick, she can’t do that, she can’t live in a tent right now.”

Short-term rentals have become increasingly popular for second homeowners eager to offset the cost of their vacation homes and turn a profit while away. Even property investment companies have sunk hundreds of millions of dollars into the industry, hoping to pull a larger yield from tourists seeking their own kitchen, some privacy and a break from cookie-cutter hotel rooms.

When the pandemic opened the floodgates for remote work, Airbnb listings outside of major metro areas rose by nearly 50% between the second quarter of 2019 and 2022, the company said.

In six Rocky Mountains counties, including Steamboat Springs’ Routt County, a wave of wealth flooded towns, with nearly two-thirds of 2020 home sales going to newcomers, most making over $150,000 working outside the counties, according to a survey from the Colorado Association of Ski Towns.

Local governments — from Lincoln County on Oregon’s coast to Ketchum in Idaho’s Smoky Mountains – are grappling with how to regulate the $74 billion industry they say fuels their economies while exacerbating their housing crises.

In June, the Steamboat Springs City Council passed a ban on new short-term rentals in most of town and a ballot measure to tax the industry at 9% to fund affordable housing.

“There is not a day goes by that I don’t hear from someone ... that they have to move” because they can’t afford rent, said Heather Sloop, a council member who voted for the ordinance. “It’s crushing our community.”

The proposed tax is strongly opposed by a coalition that includes businesses and property owners, the Steamboat Springs Community Preservation Alliance. Robin Craigen, coalition vice president and co-founder of a property management company, worries the tax will blunt any competitive edge Steamboat might have over other Rockies resorts.

“The short-term rental industry brings people to town, funds the city, and you want to tax it out of existence?” Craigen said. “It doesn’t make sense.”

Visitors booking on platforms like Airbnb spent an estimated $250 million in Steamboat Springs in 2021, according to a coalition analysis of local data. If tourism dropped just 10%, local business in the town of some 13,390 residents would lose out on $25 million.

Larger cities, including Denver and Boston, have stricter regulations, like banning vacation rentals in homes that aren’t also the owners’ primary residences. However, a federal appeals court in New Orleans struck down an ordinance Monday that had required residency to get a license for short-term rentals.

But smaller tourist destinations must strike a delicate balance. They want to support the lodging industry that sustains their economies while limiting it enough to retain the workers that keep it running.

“No one has found the perfect solution yet,” said Margaret Bowes, executive director of the Colorado Association of Ski Towns, which tracks efforts to control short-term rental markets.

“The trajectory of the number of properties becoming (short-term rentals) is not sustainable,” she said. “No one (working in) these communities” will be able to live in them.

Susana Rivera, a 30-year Steamboat Springs resident, tried living in the nearby town of Craig as a cheaper alternative. Every morning, she would drop her youngest child off at a friend’s house before driving 45 minutes to her Steamboat Springs supermarket job.

In 2014 she left the grueling routine behind after getting off the waitlist for an $800-a-month, two-bedroom apartment in a government-run affordable housing development. She fits her youngest child, a niece and nephew, and occasionally her mother and couch-surfing brother, into the unit.

The affordable housing program is one way local officials are trying to address the problem, but demand dramatically outstrips supply.

While the industry’s major companies, including Airbnb and Vrbo, do not release comprehensive data publicly, figures from analytics firm AirDNA and the U.S. Census Bureau show nearly 30% of homes in Steamboat Springs are vacation rentals.

That’s some 3,000 units removed from the Steamboat Springs’ housing supply as the town’s median monthly rent for a two-bedroom apartment reached $3,100 in August, according to data from Zillow.

Median home prices showed a 68% jump to $1.6 million since the beginning of 2020, pushing the quaint town’s home values nearer to those of San Francisco, at $1.8 million, according to company data.

A study commissioned by Airbnb found short-term rentals support 13,300 jobs in popular Rocky Mountains counties and, it argued, have little impact on housing prices. The real problem, it said, is that housing construction hasn’t kept up with job growth. The report also found that only 3% of short-term rentals could be used as workforce housing based on their rental rate.

“This report underscores the integral role of short-term rentals in the Colorado tourism economy,” Airbnb spokesperson Mattie Zazueta wrote in an email.

“Vacation rentals provide a diversity of accommodation options for visitors, help some vacation homeowners and residents afford their homes, and are a key revenue generator in local economies — providing jobs, income and taxes to local communities,” Vrbo parent company Expedia Group said in a statement.

But the study didn’t consider other options, like making homes that are out of reach for a single worker available to a group living together, said Daniel Brisson, a Denver University professor and director of the Center for Housing and Homeless Research.

The high prices are not merely displacing lower-income workers and their families, but also better-paid workers such as nurses and police officers.

The city’s hospital, Yampa Valley Medical Center, is scrambling to find staff as the number of open positions grew from around 25 to 70 in the last few years, said hospital president Soniya Fidler.

“What keeps me up at night?” Fidler asked. “Will we be able to help the next trauma victim?”

“We have overlooked what it takes to keep this community alive,” Burlingame said.

The new Steamboat Springs ordinance creates three zones. The red zone, where new short-term rentals are prohibited, covers most of the city but those who have rented in the past 12 months can continue to operate. The yellow zone caps the number of new vacation rentals, while the green zone, set largely beneath the ski mountain, has no cap.

Oregon’s coastal Lincoln County that is heavily reliant on tourism approved a ballot measure in November that would ban new short-term rentals and start a five-year phaseout of the rest in certain areas. After a lawsuit from vacation rental owners, the measure has been on hold and is pending in court.

Steamboat Springs, which studied what other municipalities have done nationwide, plans to monitor the effectiveness of its new regulations and tax increase, if it passes, and adjust if necessary.

For Sean Bailey, the new laws could not have come sooner. Bailey, who moved to Steamboat in 2019 and works at the outdoors store Big Agnes, squeezes into a bedroom in a mobile home that he rents for $650 a month. He has been on a waitlist for three years to get one of Steamboat’s affordable housing apartments.

“My bedroom acts as my living room, my dining room, my den, my office — all in this 12-by-12 space,” Bailey said. Now, he said, even “low-income housing is being priced out of the water for a lot of us who are just trying to get by.”