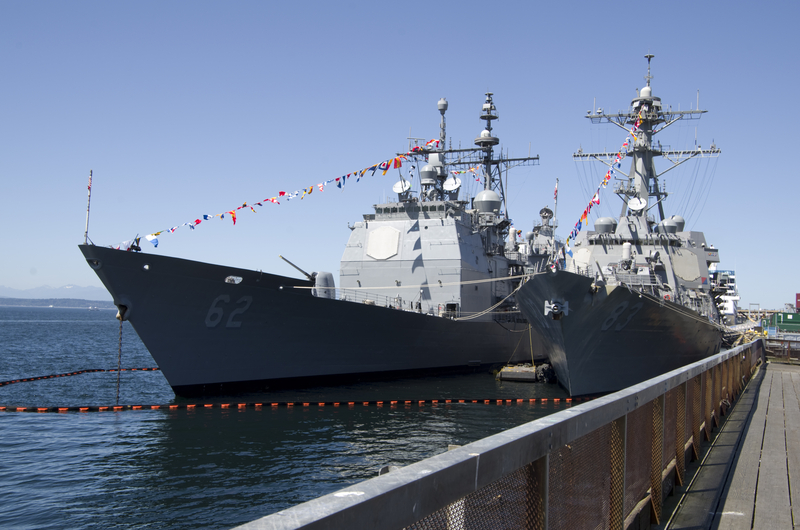 The Military Power of Pepsi

We do not have a clever quip for this, but you did read that correctly. Pepsi really did have a Navy at one point. Before we dive too far into that, let’s look at the history of Pepsi. Pepsi was first introduced in 1893 as “Brad’s Drink” by Caleb Bradham in New Bern North Carolina. It was renamed Pepsi-Cola in 1898 because it was a cola advertised to relieve dyspepsia (indigestion). Oddly enough Bradham designed the fountain drink to be one that would aid in digestion while also boosting energy. By 1903 Bradham had made enough to move the bottling of Pepsi from his drugstore to a rented warehouse. Then hard times hit in 1923, and the Pepsi-Cola Company entered bankruptcy, which, if you look at the date it’s near the depression era and during a time when sugar prices fluctuated as much as our current gas prices. Pepsi-Cola was sold to Roy Megargel who attempted to revive Pepsi. He was unable to and soon after Charles Guth, the president of a candy manufacturer, purchased the company partially out of spite after Coca-Cola refused to give him discounts on syrup. Now that there is background, how did a soda company end up with a Navy? It's a bit of an odd story that starts with Russia’s love of American soda in 1959. The head of Pepsi International decided to “break the ice” and have a drink with the Soviet Premier- that drink was none other than Pepsi. At that particular time, the Russian economy was struggling due to a number of reasons (Stalin & de-Stalinization, lingering results of WWII, etc), so instead of paying Pepsi in money, they offered vodka. This led to a deal in which Pepsi provided Pepsi to the Soviet Union and the Soviet Union provided vodka from their state-owned brand Stolichnaya for resale in the US. This was ok until 1980 when the Soviet Union invaded Afghanistan, which resulted in Americans boycotting Russian based products which of course included Stolichnaya vodka. Sales of the Russian vodka dropped so dramatically that Pepsi no longer considered the deal with the Soviet Union to be worthwhile. Luckily for Pepsi, the Soviet Union’s love for Pepsi was so strong that they refused to allow the deal to lapse and began exploring other ways to reimburse Pepsi for Pepsi soda. In 1989, the Soviet Union had a solution- they would offer Pepsi their Navy which consisted of a Soviet cruiser, a frigate, a destroyer, 17 submarines, and some oil tankers. Oddly enough, Pepsi agreed, making the Pepsi Navy the sixth largest in the world at the time. Mostly only technically as the equipment Pepsi received wasn’t exactly in fighting condition as most of it showed signs of wear and tear and would need some level of repair and maintenance for use. Shortly after acquiring Pepsi Navy the Soviet Union began to fall apart which complicated the almost exclusive deal Pepsi had with the Soviet Union as not all of the new Russian states wanted to be in a deal with Pepsi. Of course, Coke took this opportunity to swoop in and advertise, but they were never offered a Navy as compensation. The Pepsi Navy was dismantled almost as quickly as it was put together and all of the warships were sold to a Swedish scrap-recycling company in order to regain the cost of the Pepsi shipments.