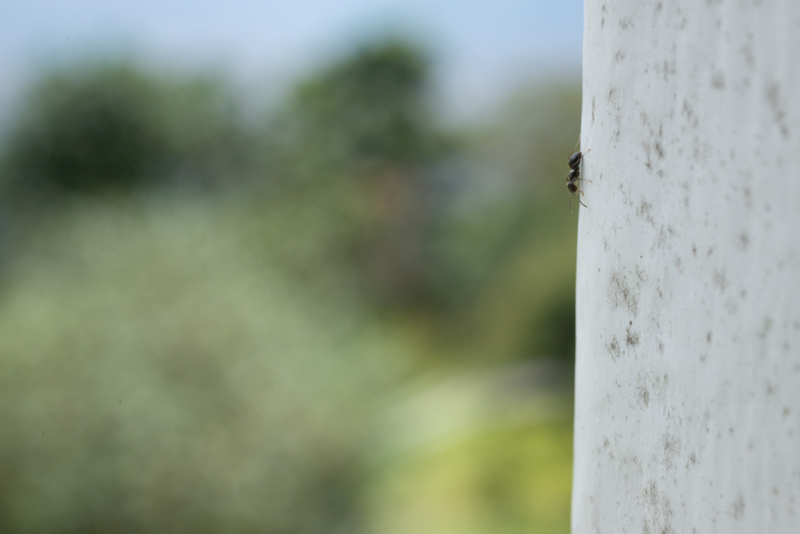 Remember that scene from Spiderman where Peter Parker discovers he can walk on walls, and he looks at his hand and there’s little tiny fibers all over his fingers? Well, as it turns out that’s not too far off from how that actually works for spiders and other arthropods. Arthropods are a classification of animals that are invertebrates that have segmented bodies. They have jointed limbs made of chitin (a protein) and are bilaterally symmetrical. In order to grow they have to shed their skin through a process known as molting. It’s nothing painful, it’s just that for their bodies to get larger, they have to produce a new “skin” and shed the older, smaller “skin” or exoskeleton. Arthropods are a diverse group with around 10 million species included in this classification. The feet of all arthropods are quite odd and usually follow a similar design. So basically, it’s the larger classification of all of the “creepy crawlies” and household bug-pests including but not limited to ants, spiders, bees, and termites. Anyway, the foot of an arthropod usually has claws of some sort, and the bottoms are covered in spines and hairs. The spines and hairs that provide traction to the animal by increasing friction between it and the surface it's walking on. The spines and hairs and only half of the reason, as friction alone does not make up grip and the true function of the spines and hairs is to protect the feet from temperature and foreign objects (like your shoes protect your feet). They also have arolia, which are located between the claws at the tip of each foot which are truly the reason that these creatures are able to walk on walls and ceilings. Arolia, not to be confused with a mammal’s areolas, are inflatable sticky pads and that is really how bugs like ants are able to stick to the wall. Arolia are not located everywhere, but between the claws at the tip of the foot and they are operated by the “blood” of the bugs. Well, it isn’t exactly blood, it’s a body fluid called hemolymph and it’s their version of blood. So, as the critter moves the leg muscles pump hemolymph into the ends of the feet causing the arolia to inflate. After the hemolymph pumps up the pad, some of the hemolymph leaks out which allows the ant (or other critter) to stick to a wall or ceiling or tree. When it picks its foot back up and the leg muscles contract, they suck most of the fluid back up into the leg. Obviously, it would need to have the hemolymph recede back into the body or it would truly be dying with every step it takes. This is a semi-efficient process as most of the body fluid is pulled back in. The more you know!