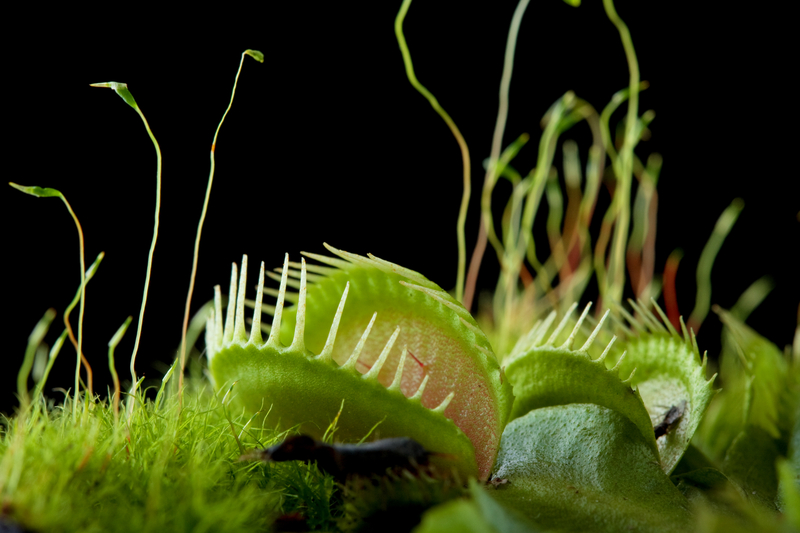 You may have seen the videos of people feeding their venus fly trap silly things like googly eyes, a mini grilled cheese, a plastic toy, or a piece of ham just to watch the plant hold them and thought “aw how cute”. Well, it’s not cute. Venus fly traps are a type of carnivorous plant, and they are using energy every single time they close their mouth. That energy is wasted if they are consistently given things, they are unable to digest and surprise, eventually the plant dies. Unlike regular house plants (or more traditional plants just in general), carnivorous plants have three things that make them unique: they have some sort of trap to ensnare pretty, are able to break down said prey and absorb the nutrients released by the digestion process. Carnivorous plants come in all shapes and sizes ranging from venus fly traps to pitcher plants to flypaper traps. They never use their flowers (if produced) to catch prey and solely rely on whatever method they’ve evolved to use to catch prey, whether it’s a pitfall, flypaper, snap, bladder, or lobster-pot trap. They’re so unusual that there are several Pokémon based on the appearance of different species of carnivorous plant. In case you were curious, there are currently over 800 known species of carnivorous plants. So why are we talking about carnivorous plants now? Carnivorous plants are starting to disappear in the wild. Why? Poaching and pollution. Poaching for well…semi-obvious reasons. Carnivorous plants have sort of become a novelty with some including them as household plants. With the rules of supply and demand, of course this leads to over collection of carnivorous plants which has partially aided in some of them becoming endangered. Plus, since they don’t grow in massive patches like most other plants, an entire patch of carnivorous plants could be collected in an afternoon by a single highly motivated person. The bigger issue for carnivorous plants is not poaching, but pollution. Carnivorous plants are sensitive to pollution, more so than “regular” plants. Since carnivorous plants are less dependent on minerals in the soil than “normal” plants, they are more sensitive to shifts in the soil. Pollution usually means seeing an increase in nitrogen and phosphorus, which other plants love, causing an influx of new life and the existing ecosystem falls apart. With new nutrients and new plant life, the carnivorous plants get pushed out and eventually completely die out from the area they once populated. Carnivorous plants are found in small pockets of the world where the habitat is just right- typically non nutrient rich areas with plenty of insect activity. Unlike other plants that are able to adjust to their climates by spreading out, growing higher, or having deeper roots, carnivorous plants are unable to spread to stay in their ideal climate.