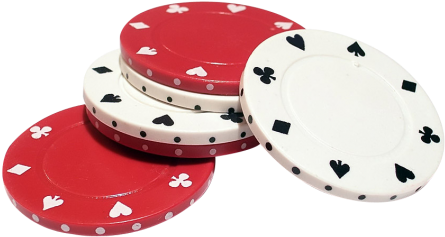 Poker fans believe they may have spotted the moment a professional player allegedly used a 'vibrating ring' to cheat in a high-stakes table match.

Robbi Jade Lew, a glamorous newcomer to the sport, stunned the poker world on Thursday at the Hustler Casino Live game, going all-in with a Jack high to win the $269,000 pot.

Her flabbergasted rival Garrett Adelstein, a top player in livestreamed no-limit hold 'em, openly accused her of cheating by using a 'device hidden that simply vibrates to indicate you have the best hand.'

Such a scheme would require a confederate monitoring the live broadcast of the game, which reveals each player's 'hole cards' that are not visible to the others at the table. Lew has vehemently denied cheating.

Now, eagle-eyed fans believe they may have spotted a key clue in the emerging scandal in the moments after Lew revealed her winning cards.

As the hole cards were revealed, the light banter at the table suddenly stopped, and Adelstein stared silently at Lew for upwards of a minute, with one commentator remarking 'it's literally the most disturbed look I've ever seen Garrett give.'

Lew, growing visibly uncomfortable, began to fiddle with the rings on her right hand, including a distinctive round red one on her middle finger.

Seconds later, after she placed her hand below the table, the ring's large setting was no longer visible, after she either rotated it or slipped it off.

'Why unnaturally slap your hand down on the table, nervously clear your throat, then take the red ring off of your right middle finger and put it elsewhere?' wrote Twitter user @MigTheTig.

The fan added: '100% a signaling device. Excessive amounts of other jewelry to blend it in, took one piece off when the heat was on you…'

During the hand, Lew was holding offsuit Jack-four in the hole, while Adelstein had the seven and eight of clubs.

The flop came out 10 of hearts, 10 of clubs, nine of clubs, meaning that Adelstein needed any club, jack, or six to achieve a flush or straight for a near-certain win.

At this point Lew called Adelstein’s $2,500 bet, and the turn brought a three of hearts, which was no help to either player.

At this point, with only one card left to be revealed, Adelstein had a 53 percent chance of winning, according to live odds from the broadcast.

After crossing her arms and fiddling with her chips briefly, Lew called the all-in bet, stunning the announcers.

'She calls?!' exclaimed one announcer, going on to speculate that the on-screen graphics showing Lew's Jack-four hole cards might be incorrect.

Lew denies cheating, and has said that she mis-remembered her low hole card as a three, believing the turn gave her a pair of threes.

But after the hand, Lew returned the money she won to Adelstein in a puzzling move that only further fueled suspicions.

Lew claims she was taken outside of the gambling hall and threatened in a 'dark hallway,' by Adelstein.

'Garrett blocked me. Guilty as charged. What an honest man. He cornered me & threatened me. If he has the audacity to give me the death stare ON camera, picture what it’s like OFF camera.'

Adelstein, 36, from Arizona, is a regular at the 24-hour Hustler Casino in California.

Those commentating on the game were in disbelief because the odds were stacked against her with online betting casino DraftKings calculating there were around 150 ways for Lew to lose, but only six ways for her to win - which she proceeded to do.

Adelstein forced Lew to go all in with her $130,000 hand and appeared shocked as her cards revealed her to have a 'Jack high', winning the game and taking the entire $269,000 pot.

Adelstein hails from Tucson and has been playing poker professionally for almost a decade. His specialty is on 'live no-limit hold 'em cash games' where he is known for his aggressive and large wagers.

He became a public figure during the 2013 season of CBS' Survivor: Cagayan, and began appearing regularly on live poker shows in 2017.

She previously worked in a senior capacity for pharmaceutical company Bayer.