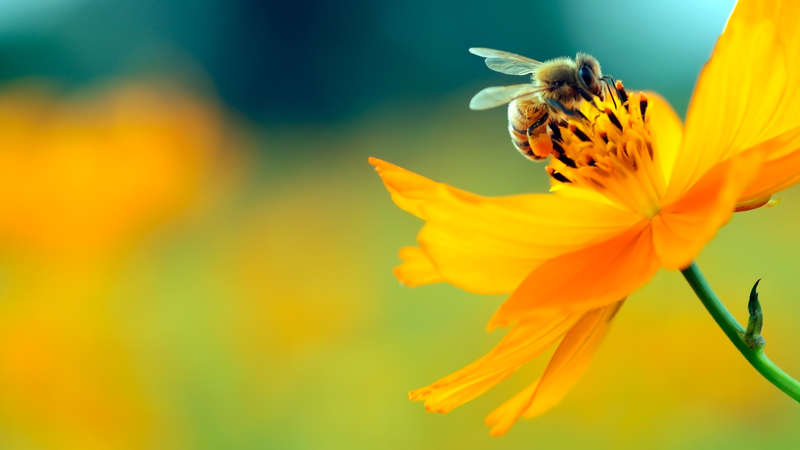 If you’re American, you’ve probably heard for years that the bee population is declining, and something must be done because bees are one of the largest pollinators of crops in the world. That previous statement is partially true, in case you didn’t know. On a global scale, 5% to 8% of crop production is linked to animal pollination. There are other figures that claim that bees specifically pollinate roughly 30% of the world’s food. What’s the truth? Likely somewhere between those two figures. Remember, these are estimates and as we’ve covered in previous posts estimates are dependent on how the observations were taken and the time in which the observations are taken. While these figures may not be specific to bees alone (remember a single bear frolicking through a blackberry patch counts as animal pollination and would be in addition to the bees already pollinating the blackberry flowers), it is a significant amount of pollination that would be outside of human skill to do by hand. Some other interesting facts about bees in 2022- in the US, it is said that roughly 2.9 million honeybee colonies have died since the 1940s. Please note that that figure does not take into consideration any hive no population replenishment. In addition, there are about 100 commercial enterprises breeding bees on a global basis, but a majority of these enterprises are in the US and in Europe. What is the solution to helping the bee population?Well, other than the commercial bee breeding, a lot of it boils down to public education. People are asked to have “bee friendly” habitats in their outdoor space, eat “bee friendly” food (ie: foods not treated in the field with pesticides), avoid using pesticides in your lawn, and if you see a bee leave it alone. It is important to understand the distinction of “bee friendly” food is that which hasn’t been treated with pesticides in the field specifically. To be clear, any foods that cross state lines get sprayed regardless, but at that point pollination isn’t happening anymore so it doesn’t matter to the bees. Like everything else, if plan A doesn’t work, there’s always plan B. While human pollination is out of the question, robotic pollination is not. We first started hearing about robotic bees and pollination back in 2017. Bee drone prototypes were developed and put to work to see how effective they could be. Designed and developed by Anna Haldewang, these initial robots showed a lot of potential, but the project has been quiet as of late. Then, in 2018, Walmart filed a patent for a robot bee. Interested in learning more about that? Stay tuned, part 2 of this post will be available on Wednesday.