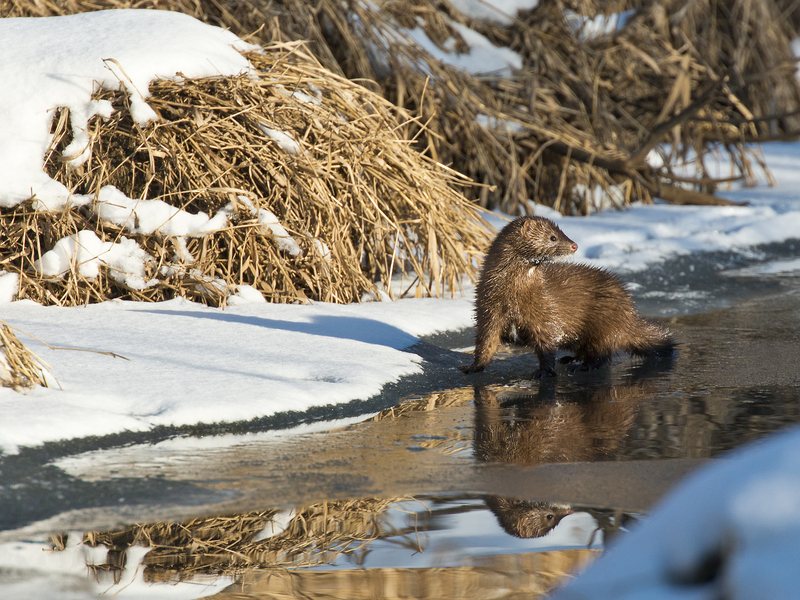 Some unknown suspects snuck into a mink farm on November 15th, 2022, in Van Wert County, Ohio and released somewhere between 25,000 and 40,000 mink. In case you didn’t know, mink farms are primarily used for harvesting mink fur for coats, hats, shoes, gloves and really any other accessory you can think of that would involve the fur of an animal. Mink farms are not exactly known for their ethics nor cleanliness and are often in worse condition than places like puppy mills. Mink are carnivorous mammals that resemble something between a weasel and an otter. They have thick, glossy fur that is coveted for the previously mentioned reasons and is probably more sought after than furs such as rabbit, since rabbit skin tears more easily and is not proofed for water. Since mink are semi-aquatic, their pelts can stand to get wet without being ruined. So, what was the environmental impact of the released mink? Sadly, an increase in mink corpses. Many of the released mink were shot, run over, or re-captured. There were so many dead mink on the roadway that officials had to bring in snowplows to remove their bodies. Mink that have been held in captivity their whole lives probably had never seen a road, let alone a car, and more than likely didn’t know to avoid them in the same way that a wild animal would. Mink don’t live super long anyway- on average 3 years in the wild and 10 in captivity, but an animal that’s never left a farm really doesn’t stand a chance in the wild. It’s like releasing a dog. Will it live? Maybe, but it’s never had to hunt or forage or search for water. As for the mink that were shot, there’s not much that the farm can do about it since property owners have the right to shoot any mink that wanders onto their property. If they had left them alone, what would have happened? Mink are carnivorous animals. They regularly hunt prey bigger than themselves so they could have taken down smaller livestock such as chick, ducks, or even adolescent cows or horses. Mink also have a reputation of being disease vectors and are able to spread viruses such as COVID to both humans and other mammals. Roughly 10,000 mink were still not accounted for as of November 16th. Given the information known about mink, this could prove to be a bad scenario for both local wildlife and farmers as that volume of mink, especially if operating in a pack, could cause both serious ecological and farming issues. That is, if they are able to survive long enough to do some damage to either of those populations. If not, it’ll be a bad time for the mink who may not be able to survive the dropping temperatures nor the wild environment where food and water are not provided to them. It certainly could have been worse, though. It could have been lab animals from an infectious disease lab to be liberated which could have put us in another 2-3 years of lockdown.